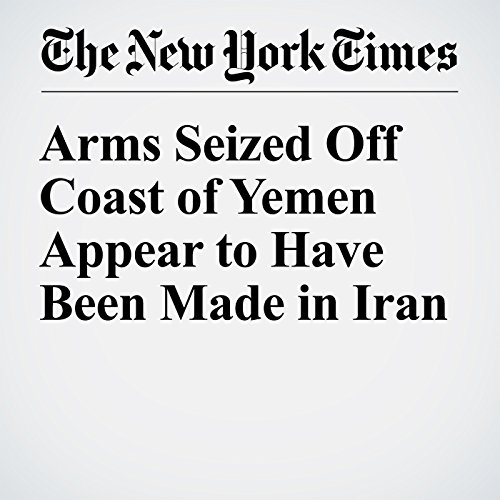 Photographs recently released by the Australian government show that light anti-armor weapons seized from a smuggling vessel near Yemen’s coast appear to have been manufactured in Iran, further suggesting that Tehran has had a hand in a high-seas gunrunning operation to the Horn of Africa and the Arabian Peninsula.

"Arms Seized Off Coast of Yemen Appear to Have Been Made in Iran" is from the January 10, 2017 World section of The New York Times. It was written by C. J. Chivers and Eric Schmitt and narrated by Fleet Cooper.