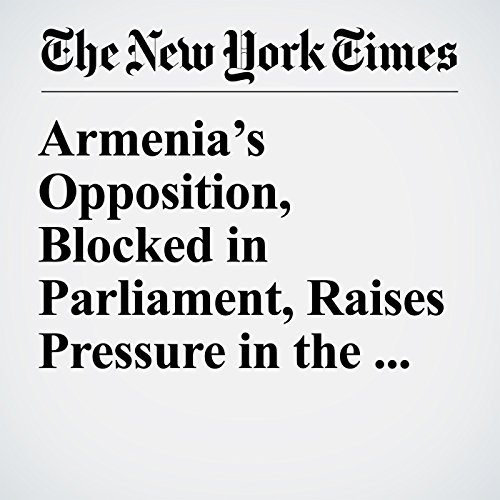 Protesters in Armenia, frustrated by Parliament’s refusal to elect the opposition leader as prime minister, heeded his call for widespread civil disobedience Wednesday, fanning out across the country to close major squares, roads and schools.

"Armenia’s Opposition, Blocked in Parliament, Raises Pressure in the Streets" is from the May 02, 2018 World section of The New York Times. It was written by Neil Macfarquhar and narrated by Kristi Burns.