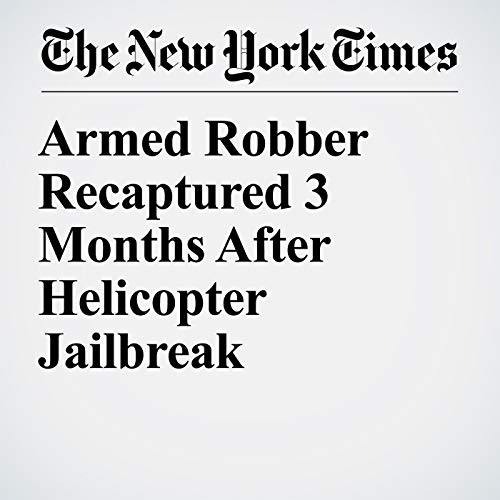 PARIS — After three months on the run, a notorious French armed robber who made a cinematic escape by helicopter from a prison near Paris in July has been recaptured, according to local officials and French news media.

"Armed Robber Recaptured 3 Months After Helicopter Jailbreak" is from the October 03, 2018 World section of The New York Times. It was written by Alissa J. Rubin and narrated by Kristi Burns.