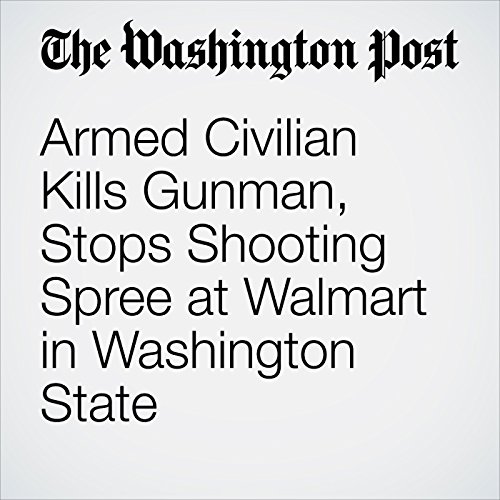 A gunman who opened fire inside a Walmart in Washington state and injured at least two people during carjacking attempts was fatally shot by one of two armed civilians on Sunday evening, according to police.

"Armed Civilian Kills Gunman, Stops Shooting Spree at Walmart in Washington State" is from the June 18, 2018 National section of The Washington Post. It was written by Fred Barbash and narrated by Sam Scholl.