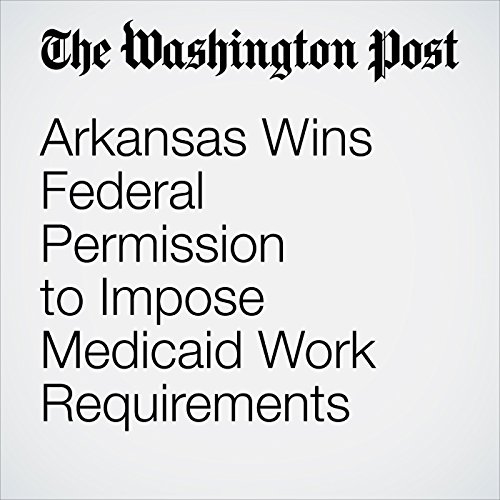 Arkansas on Monday became the third state to win the Trump administration’s permission to compel tens of thousands of residents on Medicaid to work or prepare for a job. But the announcement in Little Rock demonstrated the polarizing politics that still swirl around the public insurance program for the poor in some conservative states.

"Arkansas Wins Federal Permission to Impose Medicaid Work Requirements" is from the March 05, 2018 National section of The Washington Post. It was written by Amy Goldstein and narrated by Sam Scholl.