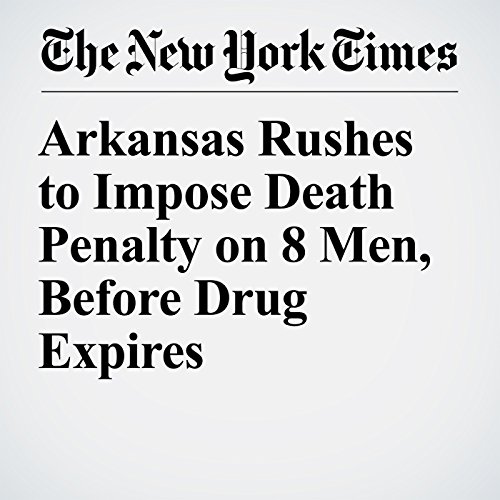 After a 12-year interruption in executions, Arkansas plans an exceptional rush in late April, putting eight men to death over 10 days, before one of the state’s lethal injection drugs expires that month.

"Arkansas Rushes to Impose Death Penalty on 8 Men, Before Drug Expires" is from the March 03, 2017 U.S. section of The New York Times. It was written by Matthew Haag and narrated by Jenny Hoops.