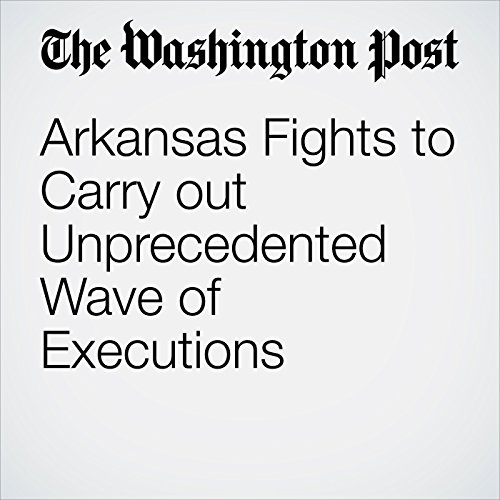 On the eve of what Arkansas officials hope will be the state’s first executions in more than a decade, they faced off with death-row inmates in multiple legal battles over whether these lethal injections would take place as scheduled.

"Arkansas Fights to Carry out Unprecedented Wave of Executions" is from the April 17, 2017 National section of The Washington Post. It was written by Mark Berman and narrated by Sam Scholl.