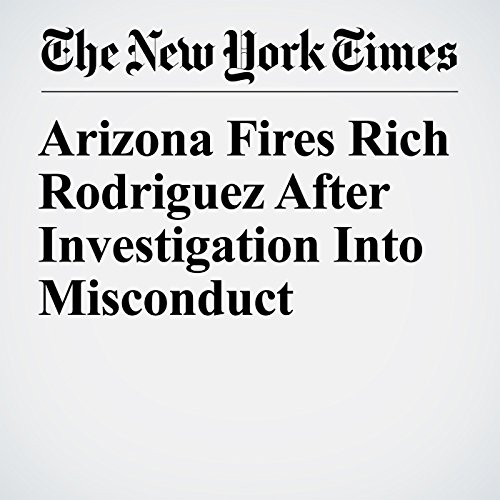 Arizona fired Rich Rodriguez as its football coach on Tuesday after conducting an investigation into allegations of sexual harassment against him, citing “several factors, including the direction and climate of our football program” for the move.

"Arizona Fires Rich Rodriguez After Investigation Into Misconduct" is from the January 03, 2018 Sports section of The New York Times. It was written by Benjamin Hoffman and narrated by Keith Sellon-Wright.