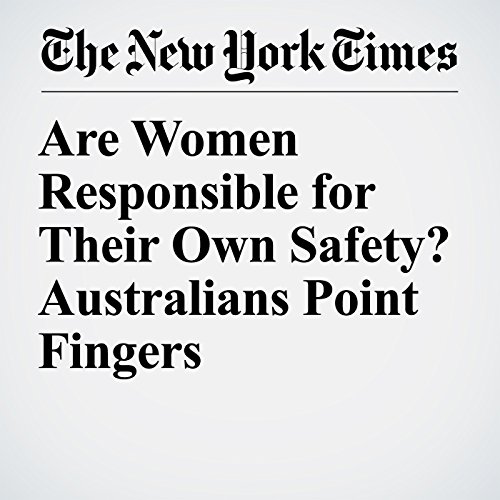 MELBOURNE, Australia — Thousands of people gathered for a vigil Monday at the Melbourne park where less than a week ago a young comedian was raped and murdered, a crime whose grisly details have gripped Australia and renewed a national conversation about violence against women.

"Are Women Responsible for Their Own Safety? Australians Point Fingers" is from the June 18, 2018 World section of The New York Times. It was written by Adam Baidawi and narrated by Kristi Burns.