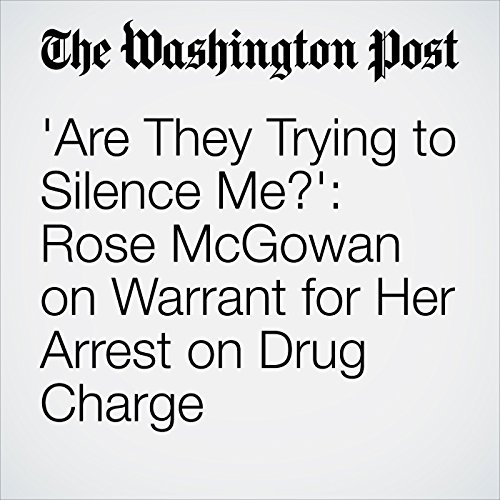 Actress Rose McGowan has been one of the loudest and most persistent voices speaking out against Hollywood producer Harvey Weinstein, who has been accused of serial sexual harassment spanning several decades. McGowan claimed Weinstein raped her and later attempted to pay her in exchange for her silence.

" 'Are They Trying to Silence Me?': Rose McGowan on Warrant for Her Arrest on Drug Charge" is from the October 31, 2017 Entertainment section of The Washington Post. It was written by Travis M. Andrews and narrated by Sam Scholl.