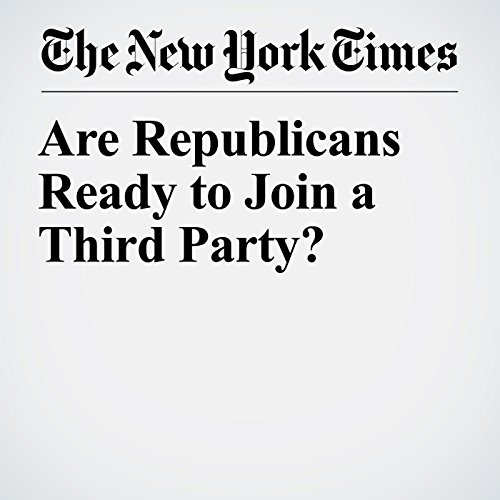 Want to know what a lot of Republicans have been thinking about in the days leading up to Donald Trump’s first State of the Union address to a Republican-controlled Congress?

"Are Republicans Ready to Join a Third Party?" is from the January 29, 2018 Opinion section of The New York Times. It was written by Juleanna Glover and narrated by Kristi Burns.