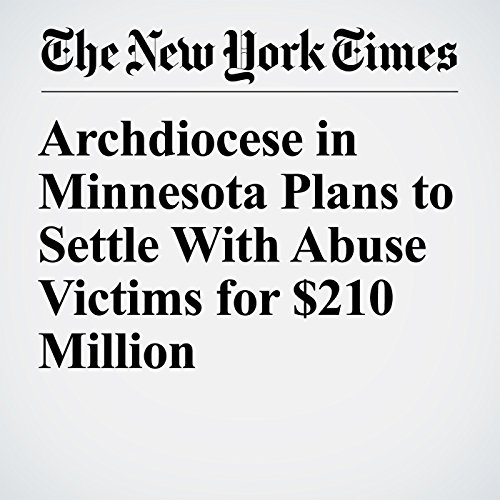 In one of the biggest settlements of its kind, the Archdiocese of St. Paul and Minneapolis plans to establish a $210 million trust fund for hundreds of victims of clergy sexual abuse, the archbishop announced Thursday.

"Archdiocese in Minnesota Plans to Settle With Abuse Victims for $210 Million" is from the May 31, 2018 U.S. section of The New York Times. It was written by Jacey Fortin and narrated by Mike DelGaudio.