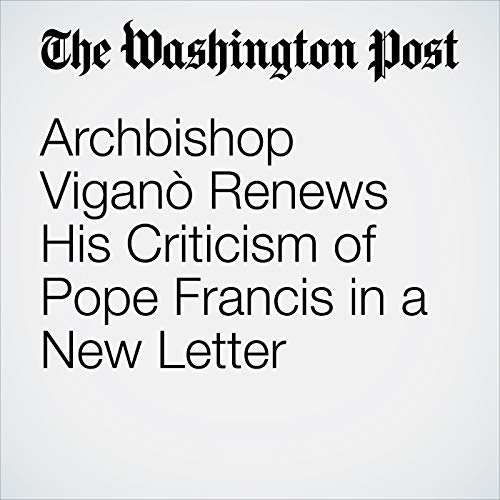 The former Vatican ambassador to the United States who sparked a firestorm in the Catholic Church last month by writing a letter accusing Pope Benedict XVI and Pope Francis of knowledge of a sexual harasser has published a second letter, attacking Pope Francis again.

"Archbishop Viganò Renews His Criticism of Pope Francis in a New Letter" is from the September 28, 2018 World section of The Washington Post. It was written by Julie Zauzmer and narrated by Jenny Hoops.