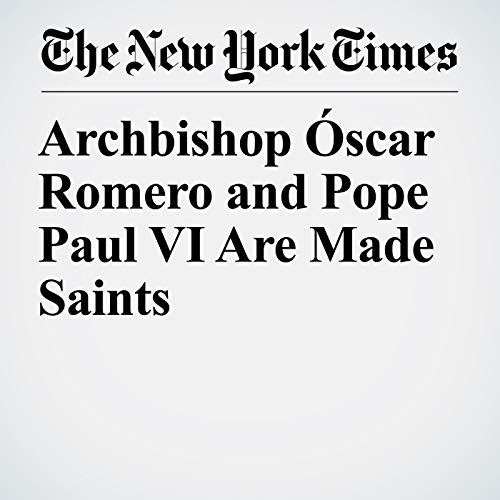 ROME — Thirty-eight years after being gunned down in a hospital church in El Salvador, Archbishop Óscar Romero was named a saint on Sunday to cheers in St. Peter’s Square, while thousands watched the ceremony on video monitors in the Salvadoran capital.

"Archbishop Óscar Romero and Pope Paul VI Are Made Saints" is from the October 14, 2018 World section of The New York Times. It was written by Elisabetta Povoledo and narrated by Keith Sellon-Wright.