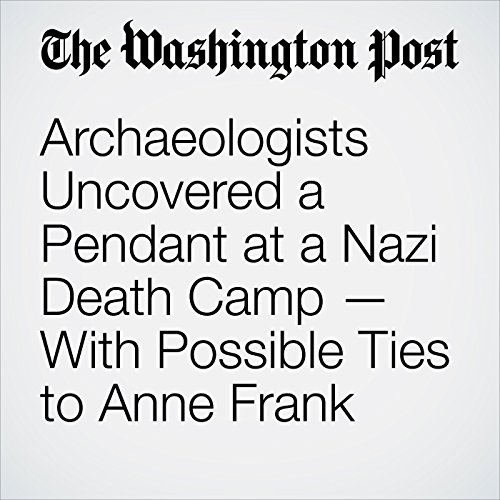 The Yad Vashem Holocaust memorial said in a statement Sunday that Jewish victims’ personal belongings, including the pendant, were unearthed at the former Sobibor death camp in Poland along the notorious “Pathway to Heaven” — an area where the victims were forced to shed their clothes and keepsakes on the way to the gas chambers.

"Archaeologists Uncovered a Pendant at a Nazi Death Camp — With Possible Ties to Anne Frank" is from the January 17, 2016 World section of The Washington Post. It was written by Lindsey Bever and narrated by Jenny Hoops.