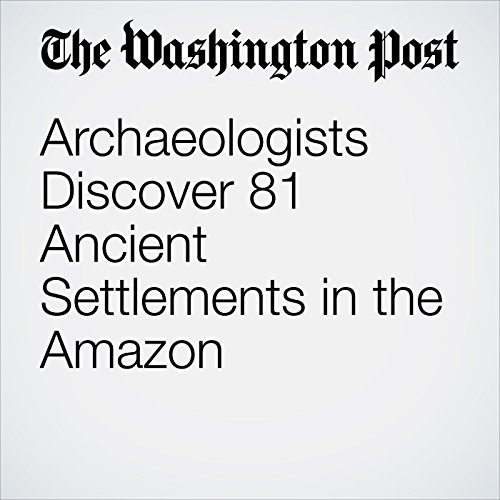 The settlement looked like little more than 11 mounds of earth surrounded by a sunken ditch. But if Jonas Gregorio de Souza closed his eyes, he could imagine the Boa Vista site as it would have appeared 800 years ago. Perhaps, the archaeologist said, those mounds were houses circling a central square. Outside the defensive ditch, gardens and fruit trees might have flourished. The mile-long road leading to the enclosure may have had a ritual purpose, its surface hardened by countless ceremonial processions. Or maybe it linked the village to others, forming a chain of communities that crisscrossed the whole southern Amazon basin.

"Archaeologists Discover 81 Ancient Settlements in the Amazon" is from the March 27, 2018 National section of The Washington Post. It was written by Sarah Kaplan and narrated by Sam Scholl.