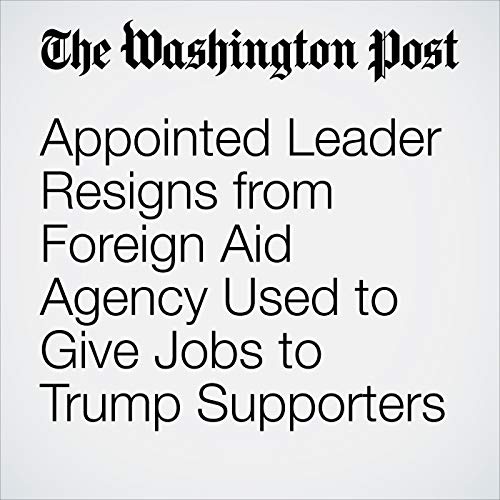 A political appointee overseeing a small foreign assistance agency that has been used by the White House as a source of jobs for Trump administration supporters is resigning, according to an email he sent to agency employees on Tuesday.

"Appointed Leader Resigns from Foreign Aid Agency Used to Give Jobs to Trump Supporters" is from the August 15, 2018 section of The Washington Post. It was written by Robert O'Harrow Jr. and narrated by Sam Scholl.