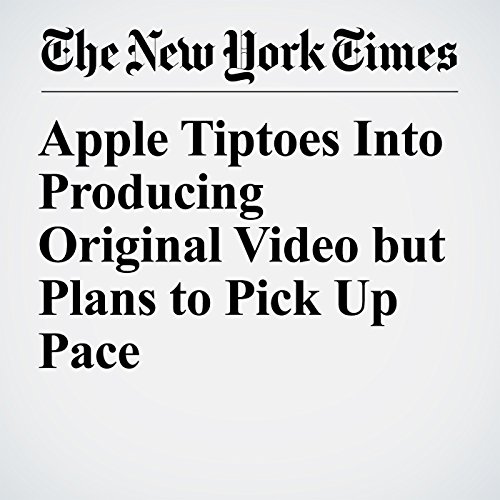 Watch out, Netflix. Apple, the richest company in technology, is finally moving into original video content. Apple said Monday night that it would introduce its first two television-style video series on Apple Music, its subscription music-streaming service, in the spring.

"Apple Tiptoes Into Producing Original Video but Plans to Pick Up Pace" is from the February 14, 2017 Business section of The New York Times. It was written by Vindu Goel and narrated by Keith Sellon-Wright.