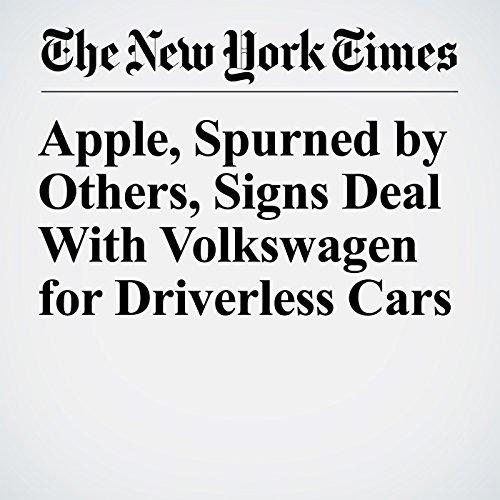 Apple, Spurned by Others, Signs Deal With Volkswagen for Driverless Cars

SAN FRANCISCO — Apple once had grand aspirations to build its own electric self-driving car and lead the next generation of transportation. Over time, the tech giant’s ambitions ran into the reality.

"Apple, Spurned by Others, Signs Deal With Volkswagen for Driverless Cars" is from the May 24, 2018 Business section of The New York Times. It was written by Jack Nicas and narrated by Keith Sellon-Wright.