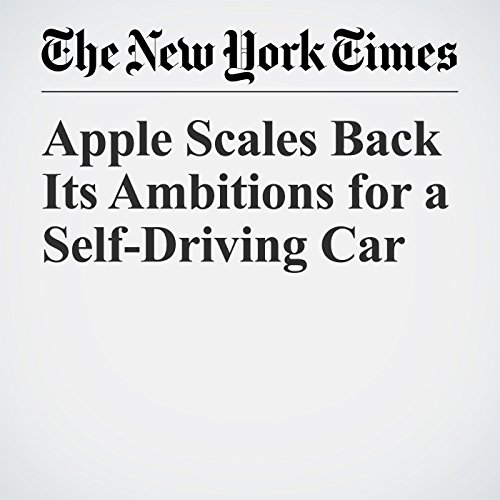 As new employees were brought into Apple’s secret effort to create a self-driving car a few years ago, managers told them that they were working on the company’s next big thing: A product that would take on Detroit and disrupt the automobile industry.

"Apple Scales Back Its Ambitions for a Self-Driving Car" is from the August 22, 2017 Business section of The New York Times. It was written by Daisuke Wakabayashi and narrated by Kristi Burns.