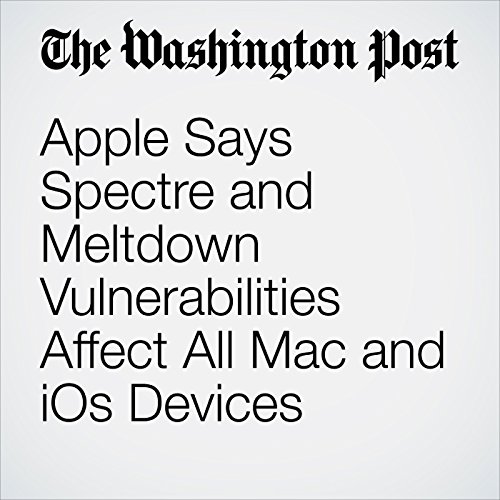 Technology companies are working to protect their customers after researchers revealed that major security flaws affecting nearly every modern computer processor could allow hackers to steal stored data — including passwords and other sensitive information — on desktops, laptops, mobile phones and cloud networks around the globe.

"Apple Says Spectre and Meltdown Vulnerabilities Affect All Mac and iOs Devices" is from the January 04, 2018 Business section of The Washington Post. It was written by Hamza Shaban and narrated by Jenny Hoops.