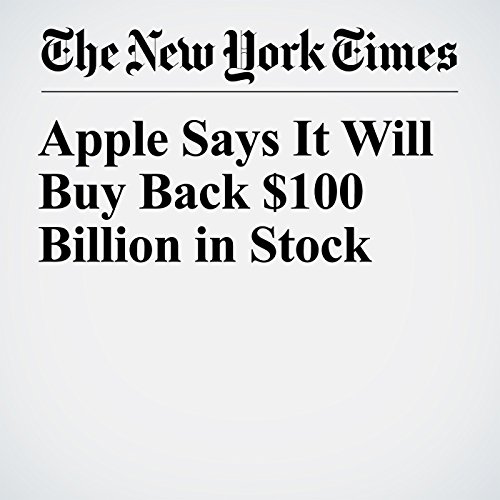 SAN FRANCISCO — Since Apple said in January that it would bring back most of the $252 billion it held abroad under the new tax law, investors have wondered what the company would do with the enormous cash pile. On Tuesday, those investors learned that they are in line for a big chunk of the money.

"Apple Says It Will Buy Back $100 Billion in Stock" is from the May 02, 2018 Business section of The New York Times. It was written by Jack Nicas and narrated by Keith Sellon-Wright.