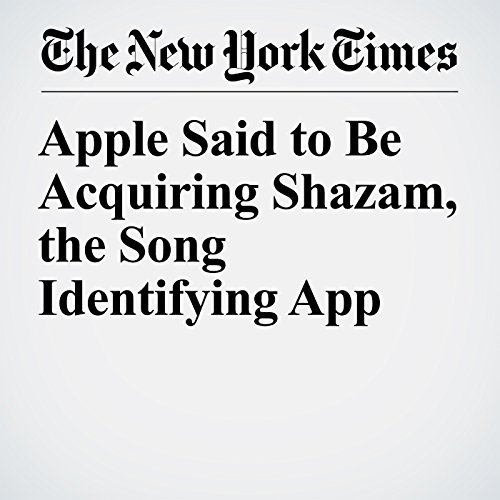 A decade ago, Apple’s iPhone helped make a music-tech star out of Shazam, the app that, almost like magic, could identify a song just by hearing a few seconds of it. Now, Shazam is about to become the property of Apple.

"Apple Said to Be Acquiring Shazam, the Song Identifying App" is from the December 08, 2017 Business section of The New York Times. It was written by Ben Sisario and narrated by Kristi Burns.