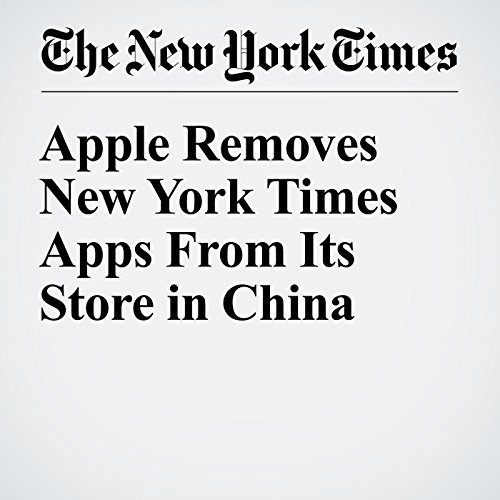 The move limits access to one of the few remaining channels for readers in mainland China to read The Times without resorting to special software. The government began blocking The Times’ websites in 2012, after a series of articles on the wealth amassed by the family of Wen Jiabao, who was then prime minister, but it had struggled in recent months to prevent readers from using the Chinese-language app.

""Apple Removes New York Times Apps From Its Store in China" is from the January 04, 2017 Business section of The New York Times. It was written by Katie Benner and Sui Lee Wee and narrated by Kristi Burns.