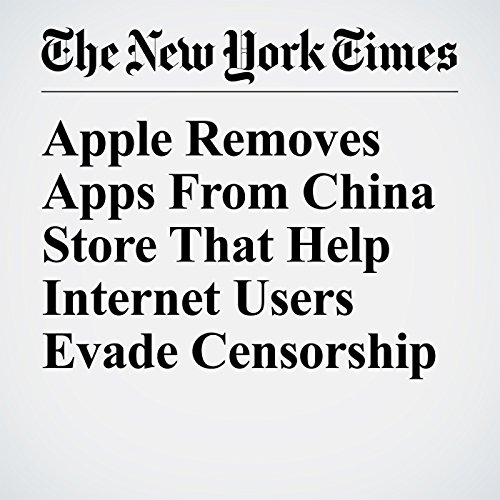 Software made by foreign companies to help Chinese users skirt the country’s system of internet filters has vanished from Apple’s app store on the mainland.

"Apple Removes Apps From China Store That Help Internet Users Evade Censorship" is from the July 30, 2017 Business section of The New York Times. It was written by Paul Mozur and narrated by Barbara Benjamin-Creel.