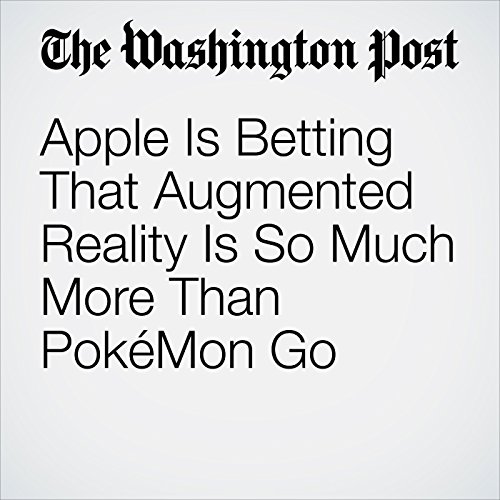 Apple chief executive Tim Cook has said he thinks of augmented reality as a “a big idea like the smartphone,” which should give you a sense of how important the iPhone maker thinks AR really is. So it's no surprise that analysts are expecting to hear big things about Apple's plans for AR as it looks to the future — and a new generation of the iPhone.

"Apple Is Betting That Augmented Reality Is So Much More Than Pokémon Go" is from the September 07, 2017 The Switch section of The Washington Post. It was written by Hayley Tsukayama and narrated by Sam Scholl.