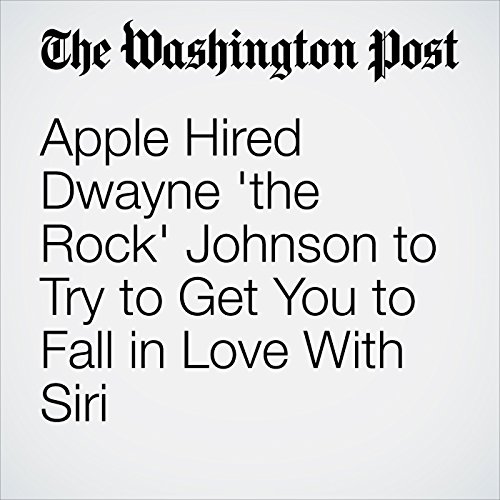 Getting people to like Siri is critical to Apple now, not only because it faces an increasingly crowded market for vocal assistants — as everyone from Google to Samsung tries to create software that lets you talk to your gadgets to get things done. And the company is counting on Siri to power its own home vocal assistant, the HomePod speaker, that's due in December.

"Apple Hired Dwayne 'the Rock' Johnson to Try to Get You to Fall in Love With Siri" is from the July 24, 2017 The Switch section of The Washington Post. It was written by Hayley Tsukayama and narrated by Sam Scholl.