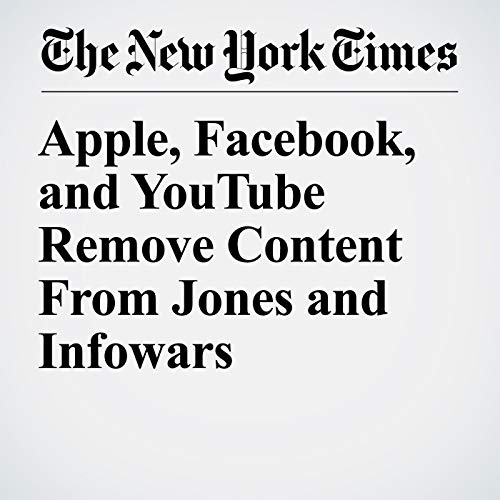 Apple, Facebook, YouTube and Spotify removed from their services large portions of content posted by right-wing conspiracy theorist Alex Jones and his Infowars site, a major step by big technology firms to curb one of the most prominent online voices trafficking in misinformation.

"Apple, Facebook, and YouTube Remove Content From Jones and Infowars" is from the August 06, 2018 Business section of The New York Times. It was written by Jack Nicas and narrated by Kristi Burns.