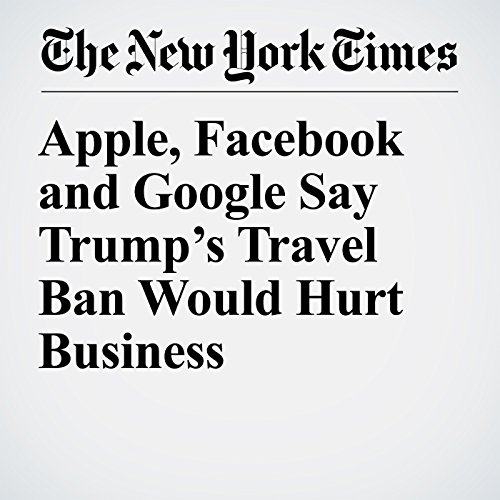 Some of Silicon Valley’s biggest names have joined the court fight against President Donald Trump’s immigration restrictions, as heavyweights like Apple, Google and Facebook warned that the limits could hurt the country’s economy.

"Apple, Facebook and Google Say Trump’s Travel Ban Would Hurt Business" is from the February 06, 2017 Business section of The New York Times. It was written by Carlos Tejada and Paul Mozur and narrated by Fleet Cooper.