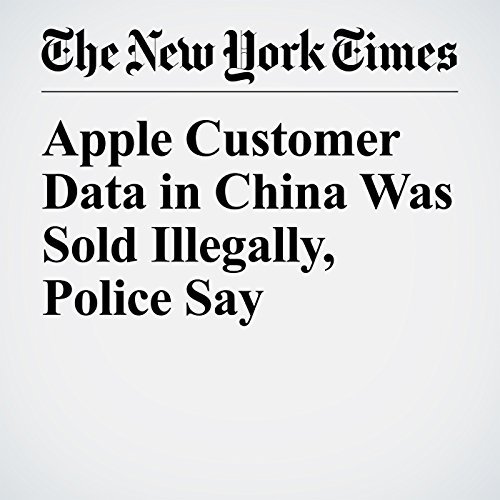 The Chinese police earlier this week said that they had arrested 22 people they suspected of selling the personal data of an unspecified number of Apple customers. The police, in Cangnan County in the eastern province of Zhejiang, said the thieves reaped 50 million yuan, or about $7.3 million, over an unspecified period.

"Apple Customer Data in China Was Sold Illegally, Police Say" is from the June 09, 2017 Business section of The New York Times. It was written by Paul Mozur and narrated by Barbara Benjamin-Creel.