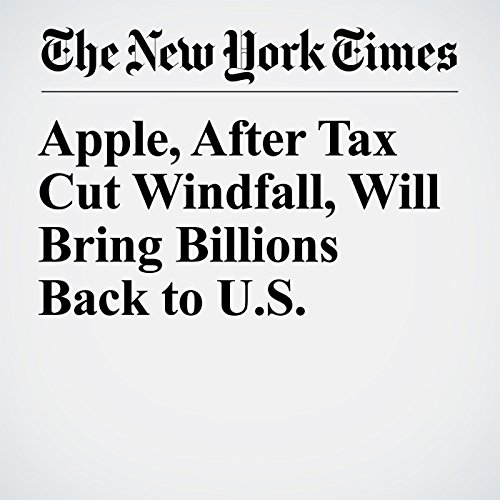 Apple, which had long deferred paying taxes on its foreign earnings and had become synonymous with hoarding money overseas, unveiled plans on Wednesday that would bring back the vast majority of the $252 billion in cash that it held abroad and said it would make a sizable investment in the United States.

"Apple, After Tax Cut Windfall, Will Bring Billions Back to U.S." is from the January 17, 2018 Business section of The New York Times. It was written by Daisuke Wakabayashi and Brian X. Chen and narrated by Barbara Benjamin-Creel.