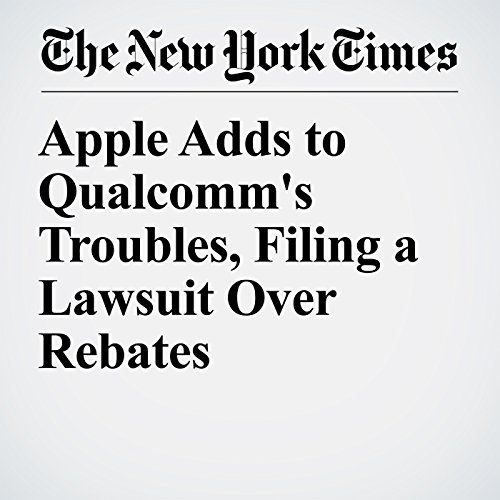 Apple Adds to Qualcomm's Troubles, Filing a Lawsuit Over Rebates

On Friday, Apple, its longtime partner, sued Qualcomm over what it said was $1 billion in withheld rebates. In the lawsuit, filed in U.S. District Court for the Southern District of California, in San Diego, Apple said the money had been promised in conjunction with an agreement not to buy chips from other suppliers or to divulge Qualcomm’s intellectual property licensing practices. The suit seeks the rebates, among other things.

"Apple Adds to Qualcomm's Troubles, Filing a Lawsuit Over Rebates" is from the January 20, 2017 Business section of The New York Times. It was written by Quentin Hardy and narrated by Paul Ryden.