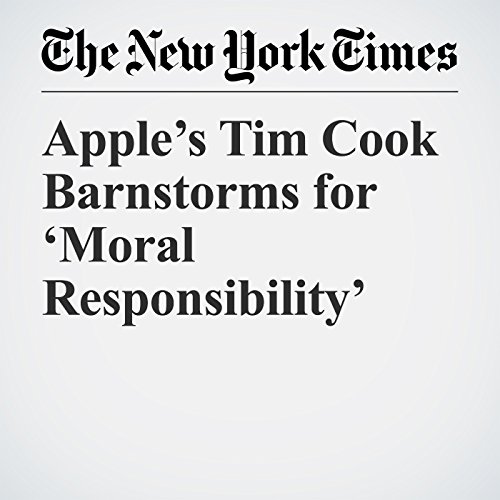 “The reality is that government, for a long period of time, has for whatever set of reasons become less functional and isn’t working at the speed that it once was. And so it does fall, I think, not just on business but on all other areas of society to step up.”

"Apple’s Tim Cook Barnstorms for ‘Moral Responsibility’" is from the August 28, 2017 Business section of The New York Times. It was written by Andrew Ross Sorkin and narrated by Keith Sellon-Wright.