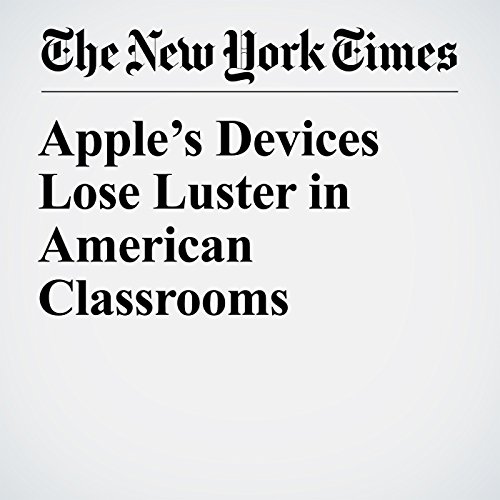 Over the last three years, Apple’s iPads and Mac notebooks — which accounted for about half of the mobile devices shipped to schools in the United States in 2013 — have steadily lost ground to Chromebooks, inexpensive laptops that run on Google’s Chrome operating system and are produced by Samsung, Acer and other computer makers.

"Apple’s Devices Lose Luster in American Classrooms" is from the March 02, 2017 Business section of The New York Times. It was written by Natasha Singer and narrated by Kristi Burns.