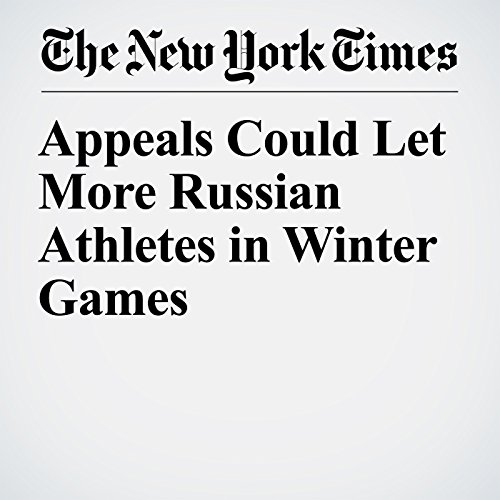 Last-minute legal maneuvering by Russia could open the way for more of its athletes to compete in the Winter Olympics despite efforts to bar the country entirely from the games over its state-sponsored doping at the 2014 Winter Olympics in Sochi, Russia.

"Appeals Could Let More Russian Athletes in Winter Games" is from the February 07, 2018 Sports section of The New York Times. It was written by Tariq Panja and narrated by Kristi Burns.