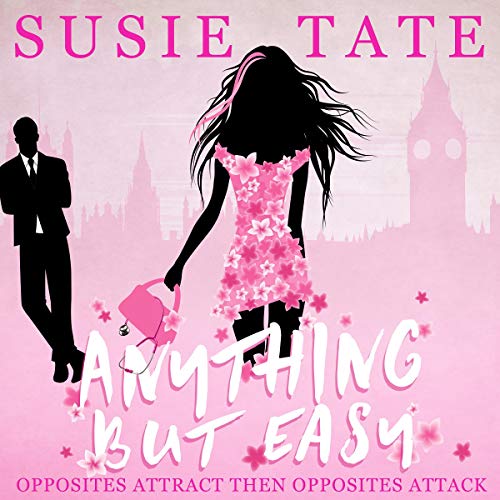 Kira Murphy is a liability, always has been. She might be small, but her personality and heart are not: a sexual health doctor with a foul mouth, pink streaks in her hair, a bizarre worldview, a reputation for being "pathologically social", and a huge crush on the current minister of state for business, energy, and clean growth...she’s weird and lovable in equal measure.

The last thing Barclay Lucas needs is a liability. He’s made it into the cabinet with single-minded determination, sheer grit, and serious conservatism. But then a crazy, pink-haired, tiny dynamo turns his life upside-down and serious for Barclay is a thing of the past.

But he’s never liked feeling out of control - something he experiences with Kira on a daily basis. So he pushes her away when she needs him the most, and unfortunately for him she retreats at head-spinning speed. It’s only then he realizes that although being with Kira is anything but easy, the grey, boring alternative is far worse. He’ll have to use all his hard-earned political negotiating and maneuvering skills to get her back. Because after being dragged from black and white into full Technicolor with Kira, Barclay knows that, however serious and worthy his life is, he can’t live it without her.

I read this one a few years ago and enjoyed it! Thought I would give the audiobook a try and it was very well done. Enjoy this story even more then when I read it. I hope more of Susie Tate’s books come to audible.

Susie Tate writes great romantic comedies and the narrator's for this audiobook were perfect . I hope her other books come out as audiobook soon

I absolutely love this book and if I had to choose a favourite Susie Tate book it would be Anything but Easy. I love Kira and Barcos (he's a tory you know) The narration was spot on and I totally recommend you give it a listen.