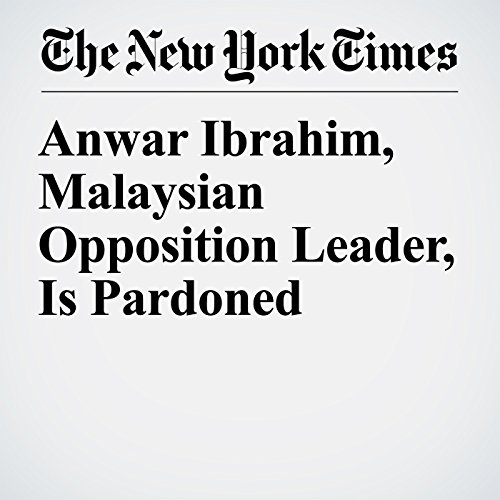 KUALA LUMPUR, Malaysia — Anwar Ibrahim, the imprisoned longtime opposition leader in Malaysia, was pardoned and released from custody Wednesday, opening the door for his possible ascent to become prime minister after a coalition of his allies won a national election last week.

"Anwar Ibrahim, Malaysian Opposition Leader, Is Pardoned" is from the May 16, 2018 World section of The New York Times. It was written by Austin Ramzy and narrated by Kristi Burns.