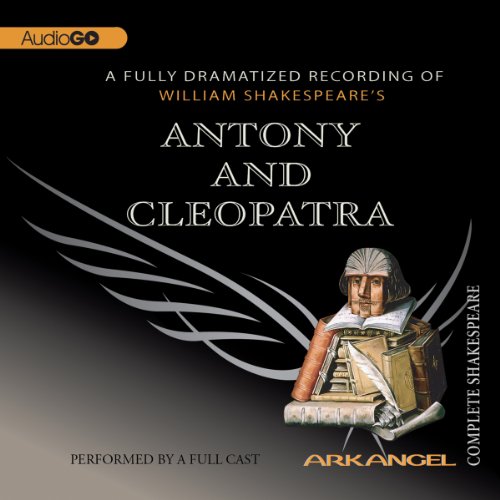 Mark Antony, one of the three rulers of the Roman world, has become the thrall of the fascinating Cleopatra. Affairs of state call him to Rome, but the attractions of the queen of Egypt prove impossible to resist. From one of history's greatest love stories Shakespeare builds this magnificent tragedy of the clash between love and duty.

“Give me my robe, put on my crown; I have Immortal longings in me”
― William Shakespeare, Antony and Cleopatra

A great Shakespeare play, but one (for me) that is still overpowered by Shakespeare's earlier tragedies. The story is based on Plutarch's Lives (North's translation). The weight and strength of this play is, obviously, going to center on Cleopatra and Antony. They are fascinating as a couple (literary and political binaries) and Cleopatra is amazingly, spectacularly, flushed-out by Shakespeare. Their &quot;love&quot; story, even before Shakespeare, was destined for myth. But Shaksepeare makes us both root for their survival and their love even as we know the dark worm turns, the golden snake bites, and opportunism and luck eventually both come to an abrubt and tragic end.

Even with ALL of that, there isn't enough in this play (for me) to launch it into the highest Shakespearean orbit. I think part of this blame lies with me. I think I need to spend MORE time with the play. I think there are textures and shades that I missed. This play needs more than days, it needs and demands (like Cleopatra and Antony) attention. So, perhaps, I am giving too short of a stick to this play. I can buy that. I should also mention, beyond Antony and Cleopatra (and perhaps Caesar Augustus), the best lines of this play all come from Enobarbus.

&quot;WE, ignorant of ourselves,
Beg often our own harms, which the wise powers
Deny us for our good; so find we profit
By losin gof our prayers.&quot;
- Act II, Scene 1

&quot;The Barge she sat in, like a burnished throwne,
Burned on the water.&quot;
- Act II, Scene 2

&quot;And for his ordinary pays his heart
For what his eyes eat only.&quot;
- Act II, Scene 2

“The breaking of so great a thing should make
A greater crack: the round world
Should have shook lions into civil streets,
And citizens to their dens.”
- Act V, Scene 1

Would you consider the audio edition of Antony and Cleopatra to be better than the print version?

The actors and the production is amazing... Always an impressive.. great for personal listening and reading, a great plus fabulous support for an English/Literature classroom. I use it as a supplement to my classroom.

A classic take on a true piece of history.

I did listen in one sitting... It held my attention and was a pleasure.

Great to listen to while reading the play

Good performances. Great to listen to while reading the play. Enobarbus in particular was well done.

My least favorite of the Bard's plays. But this adaptation makes me think otherwise. Bravo!

What a masterpiece of the English language. So thankful we read this in our literature class. This would be a pleasure to pass on to my children. To continue Shakespeare’s play for eternity.

I liked the acting abilities of the characters and the music used to set the scene. Really entertaining retelling of an awesome Shakespearean play.

Was somewhat bemused by the strong regional accents, notably from Northern Ireland and Scotland used by a couple of cast members. Also found Cleopatra extremely annoying, but this series is so superb that it never deserves less than 4 stars, usually 5. Enjoyed this less than the others I have listened to but perhaps that it is because the play seems somewhat overlong and long winded at times.