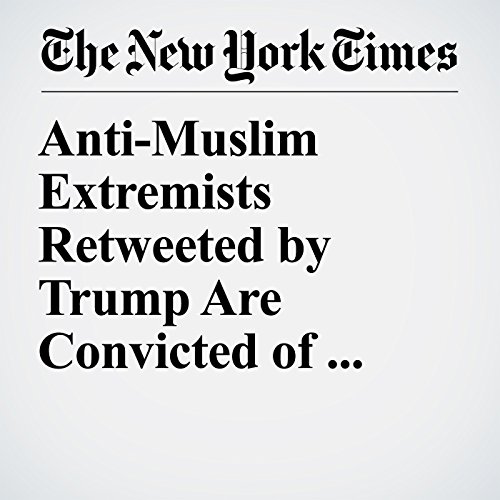 LONDON — The leaders of an anti-Muslim extremist group in Britain have been found guilty of hate crimes and sentenced to prison, months after they drew international attention for helping President Donald Trump get entangled in a diplomatic dispute with British leaders.

"Anti-Muslim Extremists Retweeted by Trump Are Convicted of Hate Crimes" is from the March 08, 2018 U.S. section of The New York Times. It was written by Richard Pérez Peña and narrated by Kristi Burns.