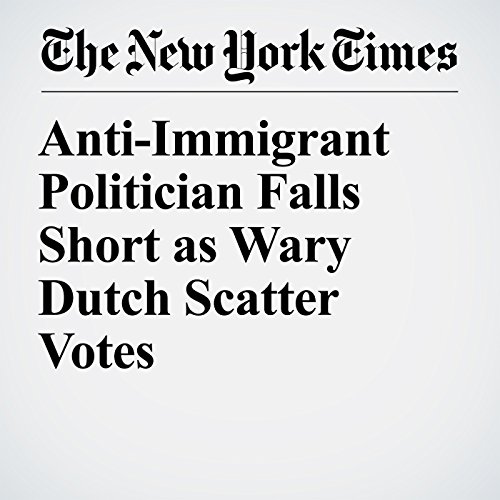 The results were immediately cheered by pro-European politicians who hoped that they could help stall some of the momentum of the populist, anti-European Union and anti-Muslim forces that Wilders has come to symbolize, and which have threatened to fracture the bloc.

"Anti-Immigrant Politician Falls Short as Wary Dutch Scatter Votes" is from the March 15, 2017 World section of The New York Times. It was written by Alissa J. Rubin and narrated by Caroline Miller.