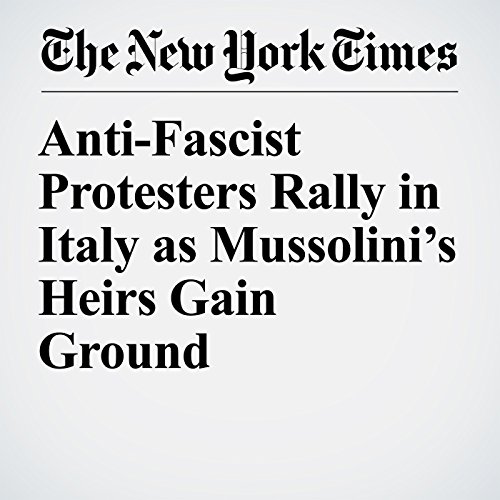 The specter of Benito Mussolini returned this month in the form of a poster at Piazza Venezia, the Roman square where more than 70 years ago he fired up the masses with fascist speeches and stirred a fatal brew of Italian nationalism.

"Anti-Fascist Protesters Rally in Italy as Mussolini’s Heirs Gain Ground" is from the February 24, 2018 World section of The New York Times. It was written by Elisabetta Povoledo and narrated by Kristi Burns.