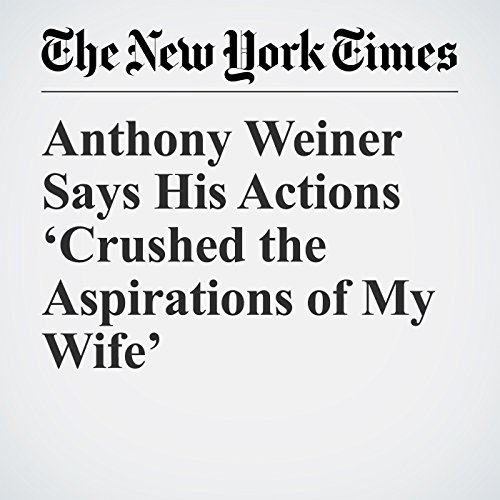 Lawyers for Anthony D. Weiner, the former Democratic congressman whose lewd text exchanges with a teenage girl led to his prosecution and embroiled him in an FBI investigation of Hillary Clinton before the presidential election, asked a judge Wednesday night to spare him a prison sentence.

"Anthony Weiner Says His Actions ‘Crushed the Aspirations of My Wife’" is from the September 14, 2017 U.S. section of The New York Times. It was written by Benjamin Weiser and narrated by Keith Sellon-Wright.