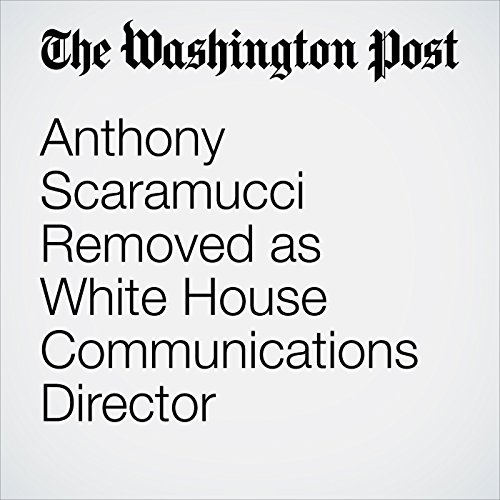 Anthony Scaramucci has been removed as White House communications director at the request of White House Chief of Staff John F. Kelly, just days after being named to the job, according to two people with knowledge of the decision.

"Anthony Scaramucci Removed as White House Communications Director" is from the July 31, 2017 Post Politics section of The Washington Post. It was written by Abby Phillip and Damian Paletta and narrated by Sam Scholl.