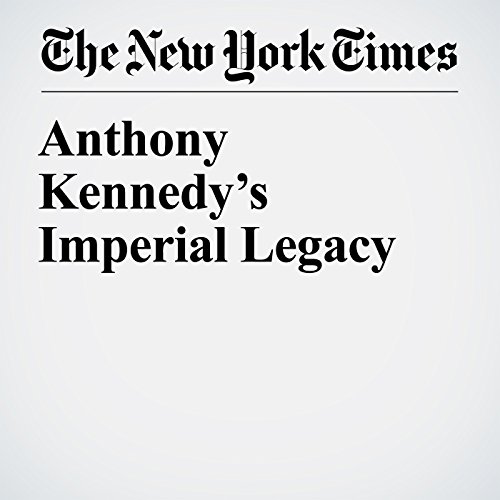 In the American republic’s slow transformation into a judicial-executive dyarchy, with a vestigial legislature that lets the major controversies get settled by imperial presidents and jurists, Anthony Kennedy occupied a particularly important role. He was appointed to the Supreme Court at a time when the Republican Party was officially interested in curbing judicial activism and restoring power to the elected branches of government. As the court’s swing vote, though, he instead consolidated the judiciary’s imperial role — taking the expansive powers claimed by judicial liberals in the Warren era and turning them to his own purposes, his own vision of the common good.

"Anthony Kennedy’s Imperial Legacy" is from the June 30, 2018 Opinion section of The New York Times. It was written by Ross Douthat and narrated by Keith Sellon-Wright.