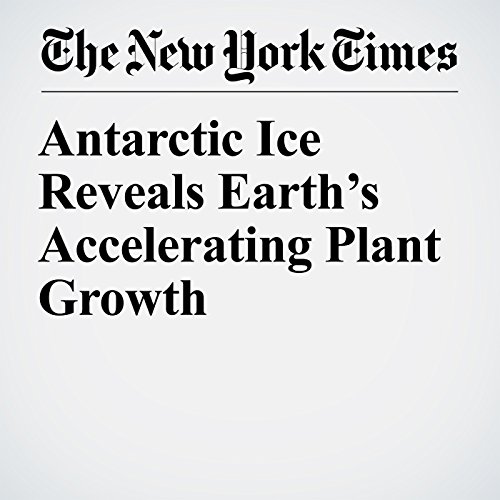 For decades, scientists have been trying to figure out what all the carbon dioxide we’ve been putting into the atmosphere has been doing to plants. It turns out that the best place to find an answer is where no plants can survive: the icy wastes of Antarctica.

"Antarctic Ice Reveals Earth’s Accelerating Plant Growth" is from the April 05, 2017 Science section of The New York Times. It was written by Carl Zimmer and narrated by Barbara Benjamin-Creel.