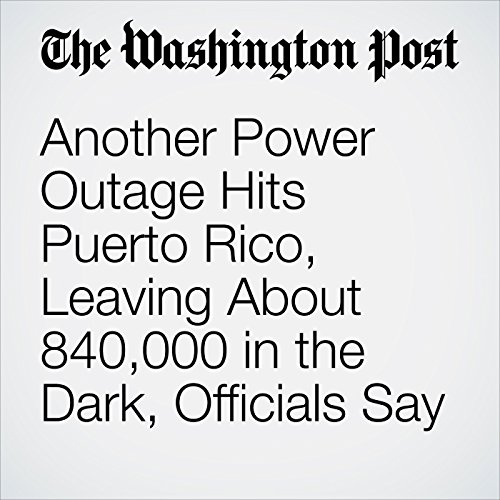 About 840,000 people across Puerto Rico were without power Thursday as the U.S. territory continues to struggle after the damage caused by Hurricane Maria last fall, according to island’s Electric Power Authority.

"Another Power Outage Hits Puerto Rico, Leaving About 840,000 in the Dark, Officials Say" is from the January 00, 1900 National section of The Washington Post. It was written by Marwa Eltagouri and narrated by Jenny Hoops.