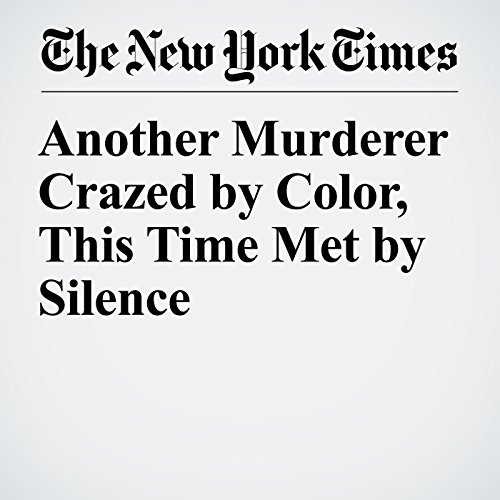 Draped in the clouds of his white spacesuit, James Harris Jackson, 28, trim light hair above a shaved, doughy face, was led in handcuffs out of a police station house in midtown Manhattan Thursday morning, then driven downtown for his arraignment.

"Another Murderer Crazed by Color, This Time Met by Silence" is from the March 24, 2017 U.S. section of The New York Times. It was written by Jim Dwyer and narrated by Caroline Miller.