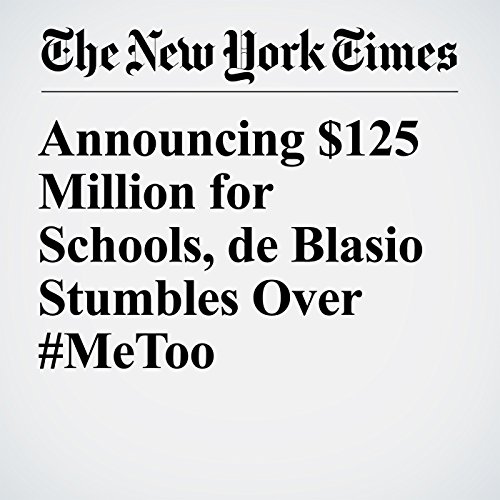 In a gesture intended to highlight the state capitol’s inaction and his own determination to improve New York City’s schools, Mayor Bill de Blasio said on Wednesday that his administration would spend an additional $125 million a year on public schools.

"Announcing $125 Million for Schools, de Blasio Stumbles Over #MeToo" is from the April 26, 2018 U.S. section of The New York Times. It was written by Elizabeth A. Harris and narrated by Keith Sellon-Wright.