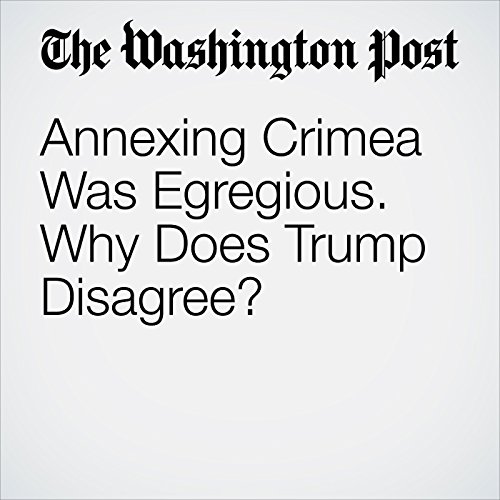 Annexing Crimea Was Egregious. Why Does Trump Disagree?

Inside the U.S. government there is virtual unanimity on the question of Crimea, the Ukrainian region invaded and abruptly annexed by Russia in 2014: It was an egregious act of aggression and, as the first forcible transnational seizure of territory in Europe since World War II, should never be accepted by the United States.There’s just one exception to this consensus: President Trump.

"Annexing Crimea Was Egregious. Why Does Trump Disagree?" is from the July 08, 2018 Opinion section of The Washington Post. It was written by Jackson Diehl and narrated by Sam Scholl.