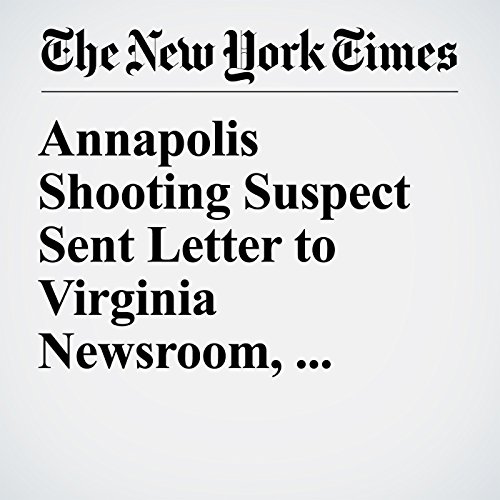 A newsroom in Norfolk, Virginia, discovered a letter Thursday morning that the police there believe was sent by the man suspected of fatally shooting five people last week in a newsroom in Annapolis, Maryland. The letter was addressed to an employee of the Virginia newspaper.

"Annapolis Shooting Suspect Sent Letter to Virginia Newsroom, Police Say" is from the July 06, 2018 U.S. section of The New York Times. It was written by Matt Stevens and narrated by Barbara Benjamin-Creel.